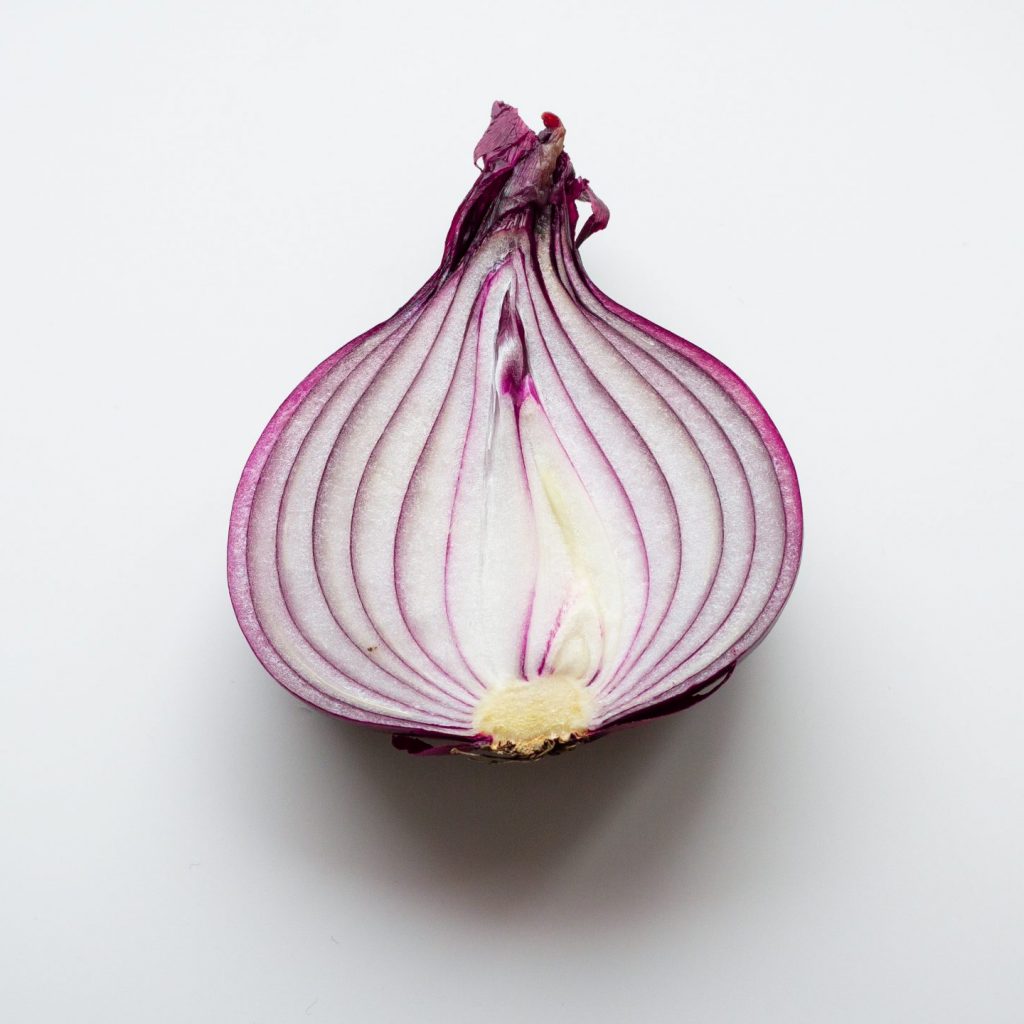 What Are the Koshas?

The Five Koshas are the five levels of ‘sheaths’ (a bit like the layers of an onion) that make up the human experience. They were originally described in the vedic Upanishadic texts and their purpose is to allow a sadhak (spiritual seeker) to follow a step by step process whereby they come to see that they cannot just be the limited mind/body mixture that they normally identify themselves as, but come to realise that they are eternal, unlimited Pure Consciousness.

The koshas go from the physical/grosser to the ethereal/subtler. Each of the subtler koshas permeates the koshas that come before it. When you investigate each kosha in turn, you start to become free from identification that creates a false sense of limitation and become closer to understanding what ‘you’ really are.

I’ve arranged the koshas below from gross to subtle in their own website ‘sheaths’.

Annamaya kosha refers to the physical body that you can perceive through your senses. This body is made of food. It’s easy to dismiss this point as being obvious but how often do you really acknowledge the fact that every cell in your body has been repurposed from something you have eaten? This of course means that at lunchtime you might have some bread on your plate and by mid afternoon that piece of bread, which you conceived of as being something separate from you, ‘other’ than you, has become ‘you’.

We become extremely identified with how our body looks from the outside—its features and shape can hugely influence how you feel about ‘yourself’, but the scriptures point out that the body is mainly blood, bones, flesh and skin and that it constantly changes. So the body you called “me” when you were ten years old was completely different from the body you call “me” now.  So if the body is completely different, what is it that gives you a sense of continuity?

The ancient texts also point out although we think of ourselves as being our whole body, in fact many parts of it could be removed and yet ‘you’ still exist. And when we ‘pass away’, our physical body is found to be the same physical matter, but without consciousness, without the sense of ‘I’. In fact, when we think about it, the physical body does not go anywhere at the time of death. So who or what has passed away, and to where?!

When you think about things this way, do you find that your sense of identification starts to shift and expand beyond the confines of your body? Because that is the purpose of these teachings—to exercise your ‘viveka’ or ‘discernment’ so that you begin to unmix your eternal, unchanging ‘I’ from the temporary, physical ‘I’. And, importantly, once the unlimited I is realised, the body doesn’t have to be excluded, as it explains in this verse: ‘The ignorant think the body alone is the real Self, but the wise one knows that he is the Self that encompasses the whole universe, including his body.’

The pranamaya kosha refers to the energy body — including our breath and other subtler energies or ‘vayus’ (types of air) that enable movement in the physical body.

We tend not to notice or identify very much with the pranamaya kosha and take it for granted until something goes wrong with it—when you’re struggling to breathe or your heart stops, it suddenly becomes of vital importance!

When we really examine it, the pranic body can also help us to deconstruct our strong identification as a separate, physical entity. The breath that moves in and out of your physical body continually connects you with the rest of the physical universe. So can you really be at all separate from that which is apparently ‘outside’ of ‘you’?

But when you consider whether you should place your sense of identity with this pranic body, isn’t it clear that what you really are has the quality of knowledge or knowingness, while prana doesn’t have the ability to know anything? So how could this kosha be the essence of ‘you’?

Although we just have one generic word for ‘mind’ in English, in vedic and yogic philosophy there are several different Sanskrit words which point to different aspects of our mental mechanism. The manomaya kosha is made of the most basic aspect of our mind, the manas. It receives and processes all the information that comes through our senses and provides our instinctive reactions to that information. (So when you see a big piece of chocolate cake and think ‘I want to eat that’, you can blame the manomaya kosha!)

And although people might think of their mind and their emotions as being two different things, the manomaya kosha actually includes all our thoughts, emotions, feelings and memories. So when you think or feel “I’m happy”, “I’m unhappy” or “I like chocolate cake’, the ‘I’ that you are referring to in these cases is the manomaya kosha.

But can this kosha really be what ‘you’ are?  Your thoughts and feelings are extremely fleeting and changable, not just over your lifetime but on an hourly basis. So is it right that you should completely trust them, let alone place your sense of identity in them?

And when you really observe what’s happening, isn’t it clear that, although your thoughts, feelings and preferences may change, there is actually a part of you that is aware of all the changes that isn’t involved and doesn’t change?

This means that we can assert that we definitely aren’t limited to being the manomaya kosha and in this way can remove another layer of the identity onion.

While the mind body receives and processes our sense information, the vigyanamaya kosha makes judgements and decisions about the information the mind has gathered.

One of the interesting things about the intellect body according to vedic philosophy is that it comes ready programmed. This pre-programming explains why you might find some things very easy and others more challenging than other people or why specific things trigger your emotions in a way that you don’t fully understand.

If we take the analogy of a computer, our physical body would be the hardware, the actual physical object. And the ‘intellect body’ would be the software, such as Safari or Windows, including all the default settings that they are pre-programmed with. But, unlike a computer, each human being comes with their software programmed in a unique way. This means one person’s Safari default setting might cause it to automatically open on the BBC sports page while another’s might always open 10 random tabs when the computer wakes up.

This is because, while the manomaya kosha which stores memory in each incarnation isn’t usually passed on, the ‘intellect body’, which is the structure through which our choices are made, is inherited from previous incarnations and has been influenced by experiences in previous lives, and of course becomes further programmed through the experiences of this life as well.

But when we come back to the question of what ‘you’ are in essence, the vigyanamaya kosha also falls down. Because, although we might say, ‘Aaargh, Safari’s being so annoying, it won’t let me scroll down the page’, this is a case of misidentification. Safari can’t ‘do’ anything without electricity. It is inert. In the same way, your intellect body can’t do anything without you, the Self, Pure Consciousness.

And just as your computer can be switched on and display a beautiful screensaver image while Safari is asleep, when you are in deep (dreamless) sleep mode, your vigyanamaya kosha doesn’t function at all, yet you do not disappear. So how could this kosha be ‘you’?

The bliss body is the subtlest of all the koshas and is experienced when the mind and intellect koshas that create unease get out of the way, for however short (or long) a moment that may be.

How is it able to give joy? In short, because this body is closest to the real you, the blissful Self, that is the ‘hidden’ heart of all the koshas. This true Self is described in scriptures as Sat Chit Ananda—Pure Existence, Pure Consciousness and Bliss—and the anandamaya kosha carries some of that bliss so it can be experienced by you as a human being.

This means that in those moments of joy, contentment, bliss, you are actually just experiencing your own true nature, the nature of your Being.

To understand why it feels blissful, we need to think about deep (dreamless) sleep. This is when only the anandamaya kosha is active and the other koshas are inactive. What do we find? You don’t have a sense of ‘I am here and you are there’ or ‘this is separate from that’, because the mind and intellect which create this sense of separation are not functioning. This absence of separation is the nature of your Self and the experience of it is bliss.

But, of course, we can’t just spend our lives asleep! And, equally importantly, the bliss body is not quite identical to the Self.

This is because, while the experience of bliss (ie the bliss body) comes and goes in your awareness, the Awareness itself, the Pure Consciousness, doesn’t come and go. This Awareness is aware of all the different koshas yet it isn’t affected by any of the koshas. And this is where we discover our true identity.

The Subtlest Reality – Pure Awareness, the Self

So this Pure Awareness which is always with you and doesn’t change is who you really are.

It is not dependent on the koshas for its own existence. It is present before the physical body is ‘born’ and remains after it has ‘died’. It is the ever-present reality.

This Pure Existence permeates all of the koshas and gives them their existence but it is not dependent on them for its own existence. It is present before the physical body is born and remains after it has ‘died’. It is the ever-present reality.

And so it is this Awareness—Pure Existence, Pure Consciousness, Bliss—that can ultimately be said to be YOU, the Self.